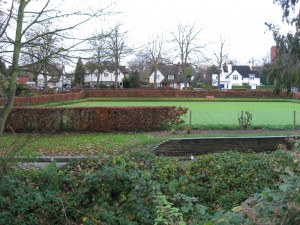 Letchworth, one of the early garden cities

Clarence Stein’s classic defense of the planned neighborhoods and towns, Toward New Towns for America, was originally published in 1951 in England half a century after Ebenezer Howard’s early classic Tomorrow: A Peaceful Path for Real Reform that had crystallized the garden city movement. In the subsequent decades governments, developers, planners, and designers from around the globe worked to build new towns and planned suburbs following the principles advocated by Stein, Howard, and others.

While the British, French, and Singapore news town programs are very well known, in the United States in the 1950s, 1960s, and 1970s about 150 of the equivalent “planned communities” were proposed though most were not completed. The 1990s brought a new interest in the idea of planned new communities, though most built examples are more accurately planned neighborhoods. There are now some hundreds of new urbanist neighborhoods, for example. At the same time new towns have had a resurgence with urbanization in China.

This New Towns web site is incomplete but hopefully useful collection of links to archival resources and significant collections of documents about the development of new towns and larger planned neighborhoods in the U.S. and abroad. The contemporary new town movement emerged in the nineteenth century but not until the second half of the twentieth century were a significant number of such towns built. The special collections at Cornell University include the marvelous planning archives of figures such as Clarence Stein and John Nolen. This web site links the Cornell collections with others located at various academic institutions, public and governmental organizations and in possession of private individuals around the globe.