Trained in planning and architecture, Ann Forsyth is a professor of urban planning at the Harvard Graduate School of Design and the Editor of the Journal of the American Planning Association. Focusing on the social aspects of physical planning and urban development, the big issue behind her research and practice is how to make more sustainable and healthy cities. Ann Forsyth’s key interests are described on her faculty page at Harvard. Her research, publications, and projects are described elsewhere on this site.

From 2007-2012 she was a professor of city and regional planning at Cornell. She taught previously at the University of Minnesota, directing the Metropolitan Design Center (2002-2007), Harvard (1999-2002), and the University of Massachusetts (1993-1999) where she was co-director of a small community design center, the Urban Places Project. She has held short-term positions at Columbia, Macquarie, and Sydney Universities.

Forsyth is the Director of the Masters in Urban Planning program at Harvard, the Healthy Places Design Lab, and the New Towns Initiative. At Harvard, Forsyth is also affiliated with the Joint Center for Housing Studies, Harvard Center for Population and Development Studies, Harvard University Center for the Environment, Weatherhead Center for International Affairs, the Harvard Mellon Urban Initiative, the Harvard-China Project and the Harvard Global Health Institute. She has directed a number of longer-term projects described under reflective practice on the research page.

She is the author or co-author of five books and over 200 refereed and magazine articles, edited collections, chapters, monographs, editorials, and book reviews; also dozens of professional reports, reprints, translations, and works in other media.

The Editor of the Journal of the American Planning Association from 2019-2023, Forsyth has been review editor of the Journal of Planning Education and Research, a co-editor of Planning Theory journal, and a co-editor of Progressive Planning magazine. She has been involved with making several websites. She has a Planetizen blog focused on advice for planning students and beginning planners and regularly contributes to the blog of the American Planning Association. 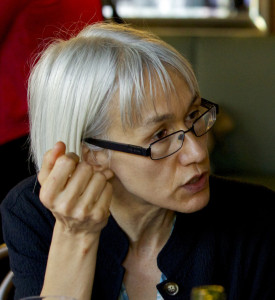 Forsyth has won over sixty awards, citations, named lectureships, and fellowships for individual and collaborative professional and research work. These include national awards for professional and research contributions from the American Planning Association (APA), American Institute of Certified Planners (AICP), Association of Collegiate Schools of Planning (ACSP), American Society of Landscape Architects (ASLA), Environmental Design Research Association (EDRA), Planning Institute of Australia (PIA); and state level awards from APA, ASLA, and PIA. Publications have received awards and honorable mentions, and have been listed as official finalists or in top ten lists by the Association for European Schools of Planning (AESOP) Best Paper Prize, PIA, Australian Peter Harrison Memorial Prize, Journal of the American Planning Association, and Planetizen, as well as state-level awards from the APA, PIA, and ASLA. 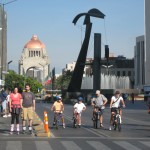 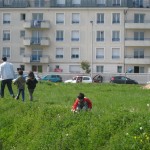 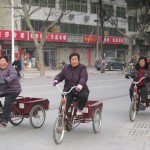 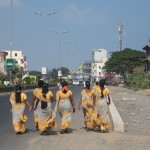 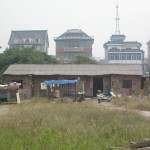 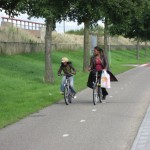